OUT at The Movies 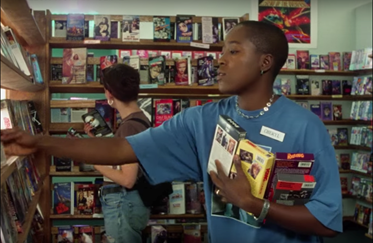 Event Description: Re-released for its 20th anniversary in a pristine 2K HD restoration, The Watermelon Woman is the story of a 20-something black lesbian (played by director Cheryl Dunye) struggling to make a documentary about Fae Richards, a beautiful and elusive 1930s black film actress. A landmark of New Queer Cinema, it’s “funny and smart, full of astute observations about identity and history,” says the Village Voice. “Dunye’s audacious, joyous debut feature captures the process of falling hopelessly in love with the movies.”